And so we move onto the next book in the series with Crowley’s occult novel, here called Moonchild but also known as The Butterfly Net and, of course, Liber LXXXI.

In his brief foreword Crowley states that he wrote this book in 1917. It wasn’t published until the short-lived Mandrake Press put it into print in 1929 and, even then, it was only given a relatively short run. I can’t help wondering whether the book published in 1929 was the actual final draft from 1917 or whether there were additions made; it’s just that certain parts do seem quite prophetic (but then I suppose that was the author’s stock-in-trade). It wasn’t until 1970 that it was picked up and put into paperback by the famed New York occult bookshop-cum-publisher, Samuel Weiser. With the occult counter-culture boom of the 1970s Sphere reprinted it several times and included it as the third entry in our Dennis Wheatley Library of the Occult series.

How do we talk about this novel? It’s such a curate’s egg of a thing that it’s difficult to know where to start. On the one hand we have an occult thriller yet, on the other hand, we have a primer on magical thinking. On yet another hand we have a biting satire on the major occult figures of the day and, on another hand still, we have an alternate(?) history of the early 20th Century.

Let’s start off by stating where I’m reading this book from. Obviously, I have a love of 20th century horror/occult fiction; that goes without saying. I would say that I have a grounding in what can be broadly categorised as Western Esotericism, including Crowley and Thelema, but I’m certainly no expert on the subject. I’ve read and studied the major Taoist texts, Lao Tzu, Chuang Tzu and the I Ching but, again, I would not call myself an expert. I say this because, with a book such as this, any discussion is going to be coloured by the reader’s own preconceptions; a casual reader expecting a thriller about battling wizards is going to get a very different reading than, say, a dyed in the wool Thelemite.

So, what’s it about? The central plot concerns two factions of warring magicians. On one side, we have the ‘white’ magicians attempting to bring about a new age to humanity by bringing into being by magical means a homunculus. This homunculus would be the vehicle for a spirit possessing the astrological qualities of the moon and would become a Messianic figure, the Moonchild of the title. Of course, the ‘black’ magicians do all within their powers to bring an end to this working and there we have the premise of the novel, the interaction between the black and the white.

The world Crowley creates for Moonchild is not too distant from the one in which he inhabited, as such, it could be classed as a Roman à clef. All those we encounter in Moonchild are thinly veiled characterisations of Crowley’s own friends, acquaintances and enemies . . . and he certainly goes to town on them. Let’s have a look at some of the major players in the novel and their real-life counterparts:

A feisty young adventurer/magician, brave, handsome, connected, witty, charming, devastatingly intelligent and a powerful occultist. Yes . . . this is Aleister Crowley’s very own alter-ego (with the emphasis on ‘ego’). This being a character that is practically perfect in every way we cannot help but think there is an element of wish-fulfilment going on. Most people grow out of this sort of writing by their late-teens but old ‘Mary-Sue’ Crowley was a chap in his early forties when he wrote this. 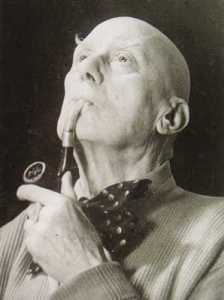 A close friend, mentor and associate of Cyril Grey. A mysterious and exceptionally wise old Taoist and another powerful magician. Yes . . . this is another of Crowley’s alter-egos, himself as an older man – the man Grey wants to be. 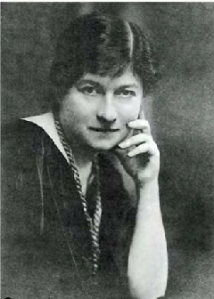 Lover of Cyril Grey (Crowley) and intended mother of the Moonchild. She is based on Mary d’Este Sturges, one of Crowley’s ‘Scarlet Women’. The real Sturges was the wildly bohemian mother of film director Preston Sturges, she met Crowley through their mutual friend Isadora Duncan (who also briefly appears in Moonchild as ‘Lavinia King’) and went on to co-write some of Crowley’s most important work.

The chief antagonist of the piece, the head of The Black Lodge, is none other than the real life co-founder and head of the The Hermetic Order of The Golden Dawn, Samuel Liddell MacGregor Mathers. Douglas, also known as S.R.M.D., hates our young hero Cyril Grey with a passion and will stop at nothing to destroy his work. Being enemies in real life, Crowley writes a truly repulsive character for his one time associate, a vile and debauched magician who thinks nothing of pimping out his devoted wife to fund his own addictions.

The Black Lodge Magician who Douglas puts in charge of the mission to destroy the Moonchild project. Crowley barely even bothers to disguise the name of this one; it is, of course, the famed occultist, co-creator of the Rider-Waite tarot deck and real life enemy of Crowley, Edward Arthur Waite. Crowley paints him as a tedious, pedantic, prolix buffoon whose bungled attempts at destroying the Moonchild project form a broad comedic relief in the middle of the book.

Arthwait’s second-in-command in the mission to destroy the Moonchild project. This is the poet W. B. Yeats and he doesn’t come across quite as badly as the others. Crowley portrays Yeats as a skilled magician with a keen intellect who only joined The Black Lodge as a romantic fantasy.

This character doesn’t actually appear in the novel, they are only briefly mentioned as the mysterious ‘silent partner’ head of The Black Lodge; a woman of such evil depravity that even Douglas answers to her. Bizarrely, this is Crowley’s interpretation of the Victorian social reformer and leading light in Blavatsky’s Theosophical Society, Annie Besant. Interestingly, the real Besant was famously involved with her own ‘Messiah’ project several years before Crowley wrote Moonchild.

These are just a handful of the main players in the novel. There are, of course, countless other important personages from the late 19th/early 20th centuries portrayed and if you don’t recognise them yourself then don’t worry, most editions have Crowley’s friend and secretary, Kenneth Grant, to guide us through with his copious footnotes.

So, that’s the background, we have an occult Roman à clef based around the characters revolving around the famed split, and ensuing fallout, of The Hermetic Order of The Golden Dawn. But how does it read as a novel? What if the reader has no prior knowledge of, or couldn’t care less about, the background of the novel?

Pretty poorly, I would imagine.

Crowley’s prose is flat and unimaginative for the most part with the occasional flourish of purple prose which only serves to highlight both failings. Even though the characters are mostly two dimensional Crowley has trouble controlling them, if there are ever more than three characters in a room Crowley completely loses control of them, thankfully larger group scenes are kept to a minimum. As a satire, Crowley’s venting of past grievances, although fascinating to those interested in the subject, can come across as back-bitingly juvenile. In fairness, the central plot does move along quite nicely, and we do encounter some genuine surprises within it, but the casual reader may find it an annoyance that the plot is being continuously derailed by the philosophical discourses which Crowley has Cyril Grey and Simon Iff expound upon.

Of course, these discourses are a major part of the novel which give it a second life as a primer on magical thinking. With Lisa la Giuffria being a newcomer to the group and an eager student it gives Crowley the opportunity, under the guise of Cyril Grey and Simon Iff, to guide the reader through the basics of his Thelemic tenets. This Crowley does exceptionally well, explaining in layman’s terms his philosophies in a Socratic dialogue sort of a way. Along with these magical dialogues we also have detailed descriptions of various magical rites, especially those within the realm of sympathetic magic, but there is one branch of mysticism that overrides all others in this novel.

Essentially, if we strip back Crowley’s book, if we silence the bells and whistles, it is a novel about Taoism. Crowley had a fascination for Taoism and wrote his own interpretation of the most important Taoist text, Lao Tsu’s ‘Tao Te Ching’. The appearance of Simon Iff as a Taoist mystic reinforces this theme. Within Taoism lies the concept of Dialectical Monism, understanding that the dualistic nature of reality only exists as part of a monistic whole; therefore, for example, good cannot exist without evil, and vice versa. Nothing actually exists, all is a result of the interaction between what we see as opposites. The entire plotline exemplifies this; imagine the Tai Chi Tu (more commonly known as the Yin/Yang symbol) and think of the interaction between those two forces, the Yin and the Yang, the black and the white, at once opposite and complementary; the novel dances along the invisible line that connects and divides them. Our hero, Cyril Grey (the young Crowley), is a man seeking The Way of The Tao and his friend, Simon Iff (the old Crowley), is a man who has attained it.

It’s difficult to say who Crowley was aiming this novel at. He wrote it at a particularly impecunious period of his life so, was it an attempt to make a bit of quick cash by writing a pot-boiler? Was it an attempt to give his philosophy a wider audience by disguising it as a mainstream thriller novel? Was it just a bit of a jape to annoy his detractors?

(Incidentally, if anyone does know then please feel free to comment!)

So, there we have it. Moonchild is at once a poorly written pot-boiler of an occult thriller and a possibly quite brilliant treatise on magical thinking with an emphasis on Taoist tenets. Either way, it’s a fascinating piece, synthesising the thoughts of one of the most important figures in 20th century occultism.