You may remember that I recently wrote about a small package my wife gave me for my birthday containing a fine selection of Spanish cinema handbills, the flyers that were given away to advertise the latest films. You can read it here:

I mentioned in the previous piece that this might be the beginning of a new obsession for me so, of course, I’ve been online and purchased a few more.

First up, we have this rather magnificent piece of artwork for Polanski’s 1968 occult masterpiece, Rosemary’s Baby. The design here is by the renowned illustrator  Francisco Fernández Zarza-Perez, who signed his work as Jano.

Regular visitors to The Churchyard will know that I have a particular passion for the series of portmanteau films released in the 1960s and 1970s by Amicus Productions. Of course, it is highly unlikely that these films would have existed without their forebear, the 1945 Ealing horror, Dead of Night. So, I am particularly delighted to have these two beauties; both with the theatre details printed on the backs. 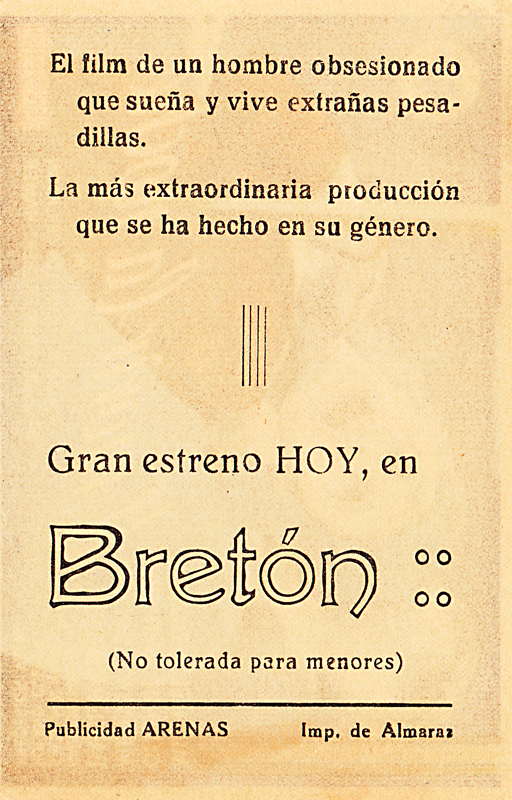 Naturally, to follow on from Dead of Night we shall travel forward 20 years to the first of Amicus’ foray into the horror portmanteau film, 1965’s Dr. Terror’s House of Horrors. Note the signature in this one, it’s another by Jano. 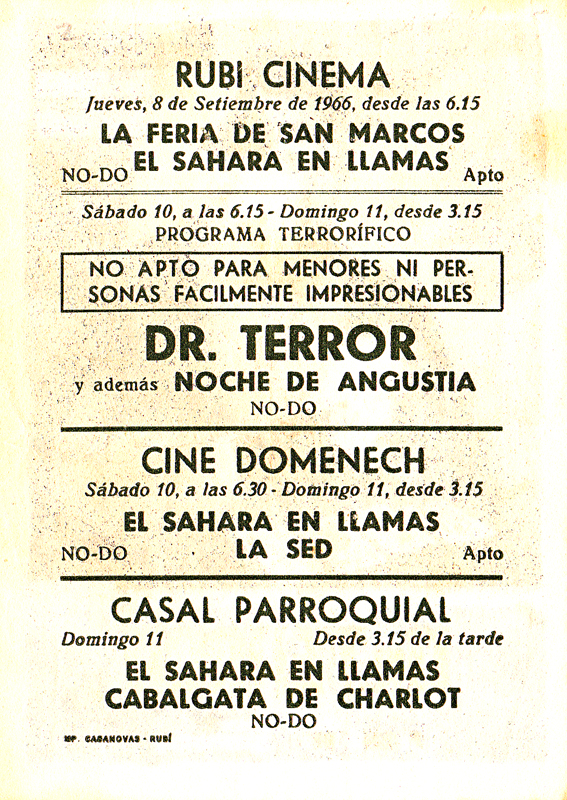 For the next and final Amicus horror handbill we’re skipping forward a few films to 1972’s Asylum: 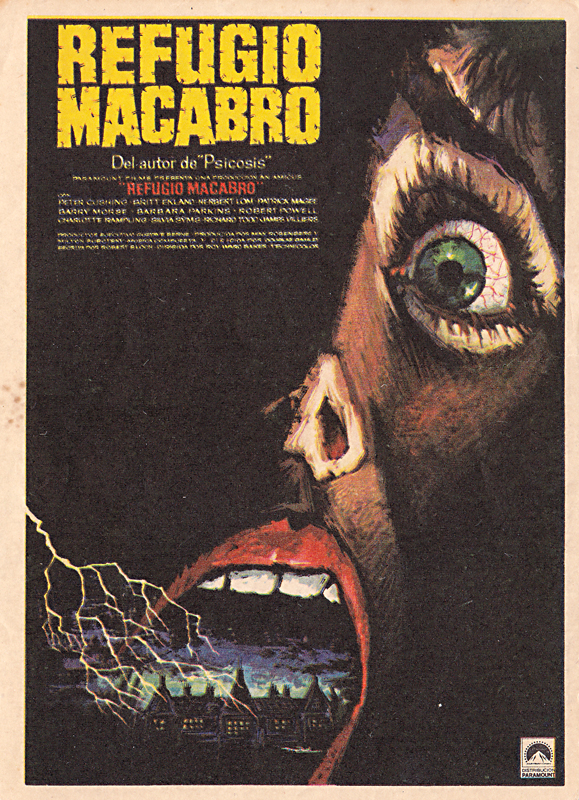 And that’s it for the handbills for the moment but, all is not lost. At the same time as purchasing this selection I also discovered pressbooks!

For those who don’t know, a film’s production company would produce a pressbook to market their films. The pressbook, usually an A4(ish) size 4 page booklet, would contain all sorts of marketing information, including a synopsis of the plot, cast and crew, poster and advertising art, etc. etc.

Obviously, I couldn’t resist nabbing a few of these too and, sticking with the Amicus portmanteau theme, first up is their 1971 series entry, The House That Dripped Blood. The artist here is MONTALBAN.

And to follow on from this we will go to yet another of the Amicus films, 1972’s Tales From the Crypt. This time, the signature is Mac, the sign-off of someone usually considered to be one of the greatest of the Spanish poster artists, Macario Gómez Quibus. 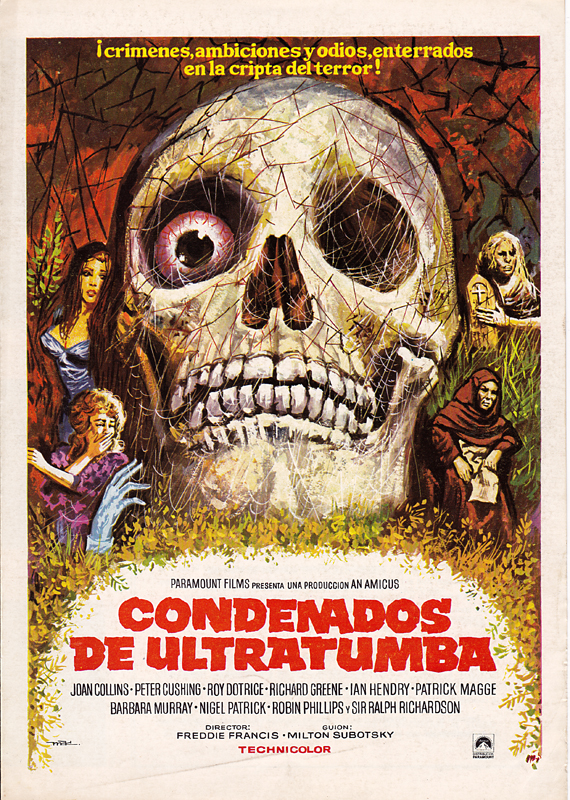 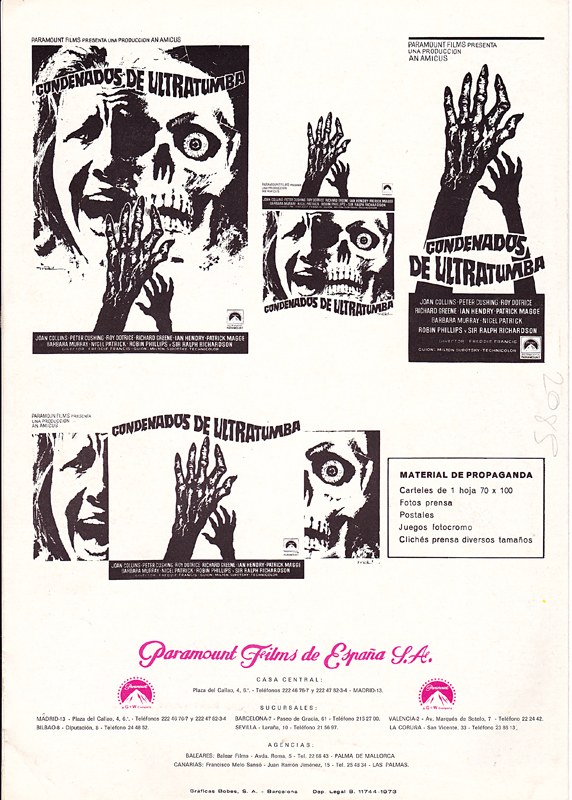 We shall leave Amicus now and, for the final two pressbooks, turn to one of their contemporaries, the equally wonderful Tigon British Film Productions. Not only do we have a Tigon double-bill, we also have a Boris Karloff double-bill!

First, 1967’s The Sorcerers. A particular favourite of mine: 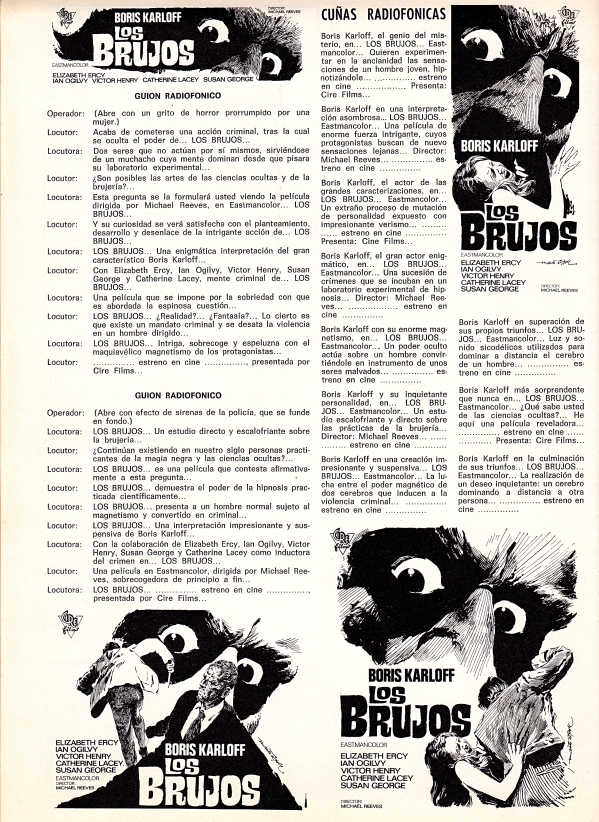 And finally, we go to 1968 with The Curse of The Crimson Altar. 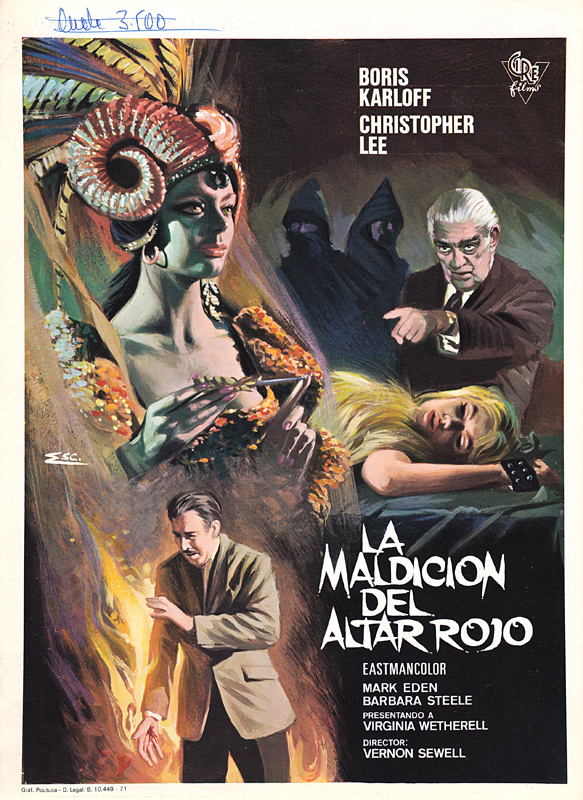 No doubt you will have noticed the wonderful black and white artwork in these pressbooks; this was intended for use as newspaper and magazine advertising. In the pre-digital age, these images would have been reproduced by means of small printing block stamps, exactly like the ones I pictured in the first post I published on handbills, which brings us nicely round in a circle.

So, where do we go from here? There are, of course, countless items of film ephemera I could add to this small but growing collection of handbills and pressbooks. The rest of the Amicus and Tigon films to begin with. Then perhaps a delve to see what’s available from Hammer.