(The Amicus Cravatalogue was a short, five part article I wrote for another blog a few years ago. As the other blog will disappear shortly I thought I’d include them here. This is Part 2)

If you’ve accidentally stumbled across part 2 of the series then please go to the back of the class and study part 1. It can be found here:

So then, as you can see, we dealt with the 1960s in the first post. This brings us slap bang into the cravat revival period of 1971.

3 ~ The House That Dripped Blood

Unlike the other Amicus portmanteau films, there is no central villain of the piece. The four tales revolve around the various inhabitants of a lodge house which is up for rent by A.J. Stoker & Co. (we don’t have to think too hard for that allusion).

As you will see, the cravats fly free in this film!

In the first segment, Denholm Elliott takes up residence as horror author Charles Hillyer. As he spends all of his time in the house he can afford to take it easy and dress in a casual manner. And nothing says lounging at home like a cravat:

The second segment is a joy for the cravatier. It stars that unabashed cravatophile, Peter Cushing. No one carries off a cravat like Cushing! And no old knot will do for his characteristic silk, he threads his through a gold ring to hold it in place.

Here’s Peter wistfully flicking through old photographs of his lost love, in his cravat:

And here he is looking thoughtfully out across a river:

And browsing the antique shops in a small Surrey market town: 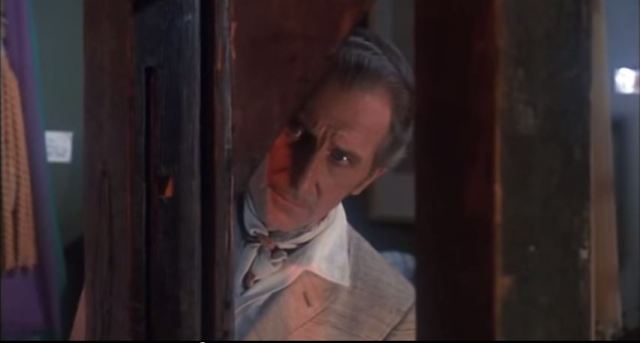 And, of course, Peter is very happy to welcome other cravat wearing guests to his house. Look! Here comes Josh Ackland with a less formal styling:

But imagine the embarrassment of entering the Waxwork Museum in the small Surrey market town to find the proprietor (Wolfe Morris) emulating your style of cravat fastening!

This would be enough to give any chap a fit of pique. 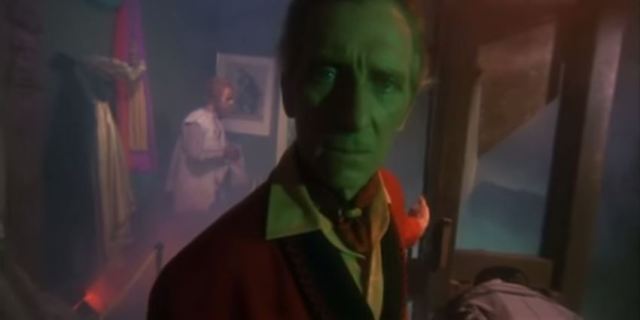 Now then, I think I can say the following sentence without any fear of contradiction. This film stands alone in featuring a fight to the death between two middle aged chaps, wearing cravats secured with a ring, in a Waxworks Museum, with medieval weaponry, in a small Surrey market town:

As this segment closes, another unsuspecting visitor arrives at the Waxwork Museum…and the proprietor covets his cravat:

In the third segment, Christopher Lee rather lets the side down. We don’t often see Lee in a cravat at the best of times and in this film he’s playing a widower, so a sombre black tie is his neckwear of choice: 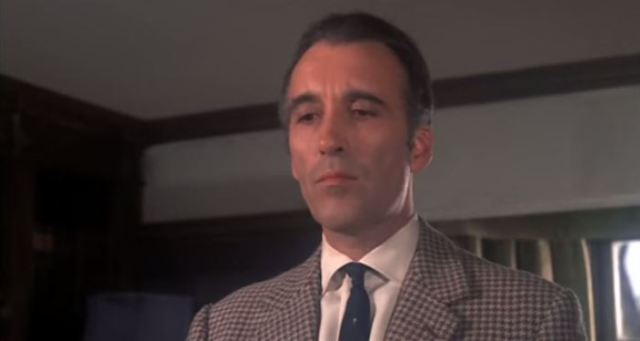 But Jon Pertwee more than makes up for previous cravatlessness with his turn in the final segment. Interestingly, this part was supposed to have been played by Vincent Price, but he was tied into a contract with another studio so we have Jon Pertwee instead. Sort of a Vincent Price light. Still, Say what you like about Pertwee, he can certainly pull off a cravat, especially when accompanied by  Ingrid Pitt: 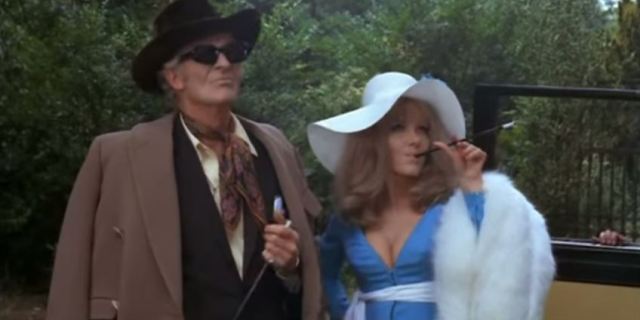 Even when out cloak shopping on a foggy night: 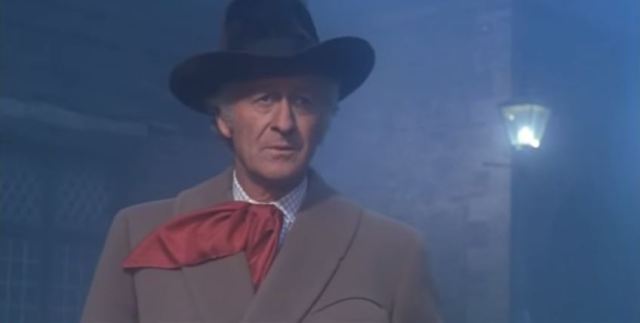 And, of course, who else would sell him a cloak? Why, it’s a cravatted Geoffrey Bayldon, later to play The Crowman against Pertwee’s Gummidge: 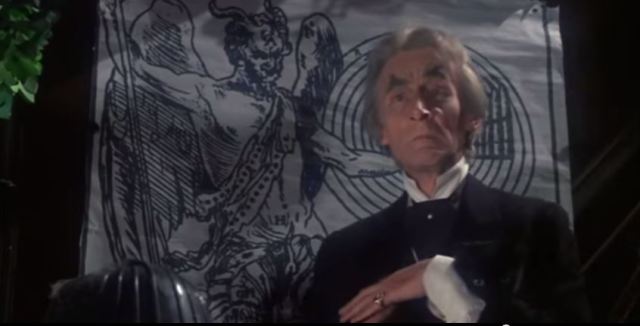 Even the supporting actors in this segment don’t miss out on the cravat wearing.

Bernard Hopkins in a fetching orange and green number: 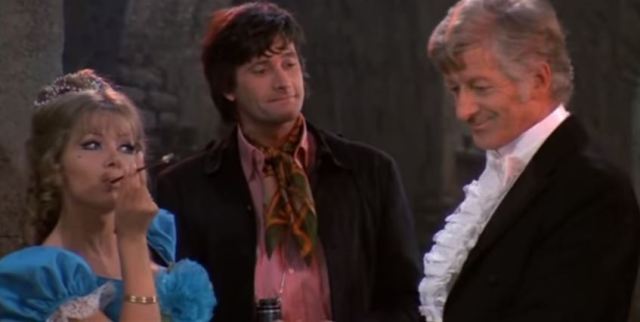 And even a young Jonathan Lynn gives it a go:

And that’s it for this time, cravatiers. The House That Dripped Blood must be in the running for the most cravat saturated film of all time (not counting those period pieces set pre-20th century, that’d be cheating).

Join me next time as we continue our journey further into the 1970s with a visit to the Asylum!